In order to fully understand an industry’s needs, we have teams which are able to consult in specialized fields.

The financial and asset management industry:

Our CEO worked for many years in a foreign investment bank, additionally there are two other consultants who have abundant experience in foreign asset management companies and have a track record in management roles. Using their collective experience and knowledge, their insight leads to successful matching between companies in the financial industry and job seekers.

After working for a British investment bank, Mr. Takahashi moved onto the Tokyo branch of a Swiss international financial conglomerate where he handled several roles during his time there including: Industrial Research Department director, senior portfolio manager, government fund management department, and a managing director of sales. After that, he worked as a consultant for major domestic and foreign financial institutions at four major US consulting firms. Grounded in his global experience, since the establishment of j Career in 2014 Mr. Takahashi has strived to promote the usage of global human resources not only in the financial sector but also in Japanese society as a whole.

After working for a major bank, Mr. Yamakami was engaged in institutional investor sales at major US and European asset management companies for 30 years. He served as sales head of the Japan Sales Desk in a London office, and in domestic institutional sales. He has a wide reaching network due to his relationships with foreign-affiliated asset management companies in Japan, major domestic pension funds and financial institutions. 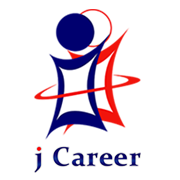 Our business centers on the recruitment of global human resources. However, we strive to be a consulting service for those looking to expand into the Asian market, and support such activities thorough surveys, and interpretation and translation services.